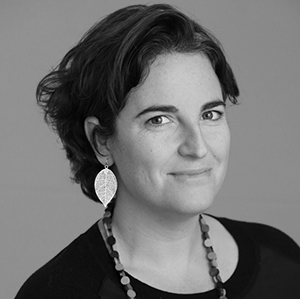 Rachael Neumann plays across many parts of the startup ecosystem, chiefly as Head of Startups in Australia & New Zealand for Amazon Web Services - Amazon’s technology and services business that serves millions of customers around the world.  In this role, Rachael is charged with growing the market, driving quantity and quality of startups in the region.  Additionally, Rachael is a strategic advisor and investor to a number of founders and their early stage companies and is a Partner in Startmate, Australia’s most ambitious accelerator. She’s passionate about helping companies scale and increase their impact impact through differentiated customer experiences and new product development.

Rachael also works to create the right policy environment that’s conducive to a thriving sector, and serves as Chair of the Board for StartupAus - Australia's national startup advocacy and lobby group - and has a federal ministerial appointment on the Entrepreneurs’ Programme Committee, distributing commercialisation and acceleration funding on behalf of the Department of Industry, Innovation and Science.

Previously, Rachael was the Managing Director of Eventbrite Australia, launching the Melbourne-based office to further serve the ANZ market. Before stepping into the MD role, Rachael served as Eventbrite’s Director of Customer Experience Strategy in Silicon Valley.  Prior to this, Rachael was a Case Team Leader at Bain & Company in Silicon Valley and throughout Australia, advising Technology, Private Equity, Consumer Products and Retail businesses.

Rachael was also a founding Board Member of LaunchVic, a $60m venture seeking to solidify Victoria as a global destination of choice for entrepreneurs, startups, and innovative companies.

Educated in the States with an undergraduate degree from Stanford University and two Masters degrees from Columbia University, Rachael has bounced between Australia and the US for the last ten years and now proudly calls Melbourne home, alongside her partner and two children.