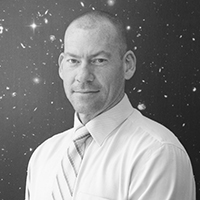 He is an expert in astronomy and astrophysics, in particular radio astronomy, and was awarded Scientist of the Year at the 2020 Western Australian Premier's Science Awards.  His areas of expertise encompass building and using radio telescopes, as well as astrophysical interpretation.

Tingay likes designing challenging and novel experiments to answer fundamental questions about the Universe.  He has been at Curtin University since 2007, when he founded CIRA (now with an ERA ranking of "well above world standard" in "Astronomy and Space Sciences").

Before 2007 Tingay was at Swinburne University of Technology, CSIRO, and the NASA Jet Propulsion Laboratory in Pasadena.  He has a PhD in Astronomy and Astrophysics from the Australian National University and an Honours degree in Physics from The University of Melbourne.

Recently Tingay was on secondment in Italy for 18 months, as Director of the INAF Instituto di Radioastronomia in Bologna and Head of Section II of the INAF Science Directorate.  Tingay was the delivery Director of the Murchison Widefield Array (MWA) project, the only fully operational low frequency precursor telescope for the 2B Euro Square Kilometre Array (SKA).

He has worked on the SKA project at the highest levels for the last decade.  He has authored or co-authored over 280 papers in international refereed journals and has attracted over $100m of research funding.