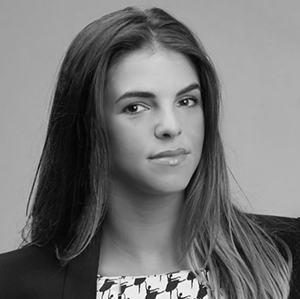 Lucy founded SpaceDraft in 2017 to help creatives and technologists effectively transmit thoughts in a unique way in preparation for the spatial computing age.

SpaceDraft is multi-dimensional cloud-based collaboration software that gives anyone with a computer the tools to define, coordinate and distribute their plans for visual, audio and haptic information prior to production.

Lucy previously worked in Hollywood production and visual effects on big-budget projects such as Pirates of the Caribbean: Dead Men Tell no Tales, Soldaldo: Sicario, Valerian, Hacksaw Ridge and Game of Thrones to name a few.

Lucy’s passion for building virtual worlds led her to invent SpaceDraft, which was accepted into the Village Roadshow/Microsoft accelerator in Melbourne where she was the youngest entrant and only female founder.

Lucy strongly believes that women are just as capable of being tech entrepreneurs as men and she is determined to carve a wider path for young female tech enthusiasts.