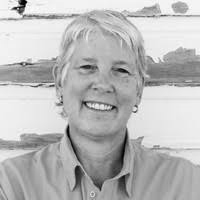 Professor and Director, Centre for Marine Futures at The University of Western Australia

Professor Jessica Meeuwig directs the Marine Futures Lab at the University of Western Australia. Her research focuses on delivering science to assist in halting and reversing global declines in ocean wildlife, with some species at only 5% of historical numbers. Ocean wildlife is particularly challenging to document given the size of the “big blue” and as such, her team has pioneered the development of new video-based technologies in this area.

Whilst working globally, our team’s location in Perth on the Indian Ocean, the least understood but most heavily impacted sea, creates important opportunities to turn the tide on wildlife declines. Following a PhD at McGill University, Jessica’s professional journey has included working with small fishing communities in the Philippines to deploying video systems in some of the world’s most remote places. Having seen, first hand, the rapid declines in fish populations globally, Jessica also engages heavily in science-based advocacy. As such she was a finalist for West Australian of the Year for services to oceans and recognised as one of Western Australia’s top 100 most influential.