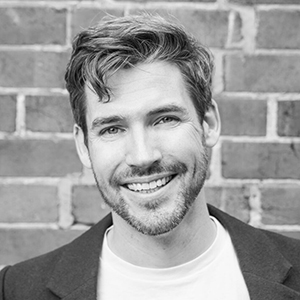 James is the CEO of Startmate a seed fund and startup network that brings together the best people in Australian startups to support the next wave of founders. Each year Startmate invests in 20-30 early-stage companies and supports them with a bespoke, 12-week, program. Startmate alumni companies are now valued at over $700M.

Recently, James started the Startmate Fellowship to bring talented people from the corporate world into growth roles at the best startups. The Fellowship is now on its second cohort.

Previously, James was based in the US where he helped scale Khan Academy from YouTube success to the biggest ed-tech organisation in the world. As VP of Strategy and Operations he built and led the Business Development function, raising $40M in partnerships with companies such as Bank of America, Comcast, Pixar/Disney. He created Khan Academy’s Marketing function, developing the organisation’s first brand campaign and launching the largest education challenge in the US. James also ran the ~$8M/yr Classroom business, developing new products for educators.

Before Khan Academy, James built movements with Purpose.com, helped start the Healthcare practice at McKinsey & Co Australia and founded, then sold, a startup in digital archiving. He holds a law degree and university medal from UTS.