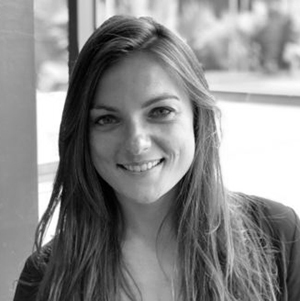 Jackie is an investor at AirTree Ventures, an early and growth stage venture firm backing world-class entrepreneurs. It is the largest venture capital fund in Australia, and over the past two decades has partnered with 40+ companies including market leaders such as Canva, Prospa, 90Seconds, and Hyper Anna.

Prior to AirTree, Jackie invested in Fintech and adjacent sectors at NAB Ventures, and before moving to Sydney was Chief of Staff at B2B SaaS startup Kalo, a Series A stage startup based in San Francisco & London, that raised funding from Peter Thiel's Valar Ventures and Max Levchin's SciFi VC, where she worked with the CEO on strategy, go to market, and operations.

Jackie started her career on the trading floor at Citigroup and Merrill Lynch as a VP in Equity Derivatives, and graduated from Cambridge University.