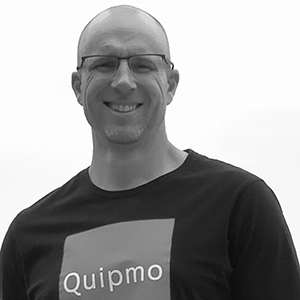 Chris is founder and CEO of https://Quipmo.com - the surf, bike, and snow peer to peer gear rental marketplace for like-minded travellers and locals who share a passion for adventure! Quipmo provides a way for people to hire gear when they want it – Equipment for the Moment! Quipmo’s mission is simple - to help people do more of what they love; more often.

Previous to Quipmo, Chris’s professional experience focussed on helping build great organisations - from working in hyper growth start-ups, to founding and running a global charity, to having been a senior executive in major corporates – Chris worked in roles across operations, strategy, corporate finance, and marketing.

He has been truly fortunate in his journey having been widely recognised professionally, philanthropically, and academically having been awarded the 2015 University of Queensland Future Leaders Award following Accelerated MBA Merit Based Partial Scholarship; was the 2014 NSW Student Volunteer of the Year; the 2013 Australian Financial Review Boss Magazine’s Young Executive of the Year; and 2013 Australian Davos Connection Australian Leadership Award.

Chris possesses an MBA, Master of Applied Finance, Bachelor of Commerce with triple major in Finance; Management; and Marketing, is a graduate member of the AICD and is a Fellow of FINSIA.