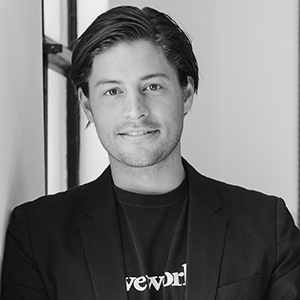 Balder is of Dutch origin and obtained his Masters in Management degree at the University of Sydney prior to becoming Airbnb Australia's first employee in 2012. After establishing a strong presence for Airbnb in Oceania, Balder continued to follow his passion of building communities as the General Manager of Tank Stream Labs, a technology-focused co-working space located in the heart of Sydney, before joining global shared workspace company, WeWork in 2016. Founded in New York City in 2010, WeWork integrates space, community, services and technology in more than 500 locations around the world. In Australia, WeWork has grown to over 10,000 members across Sydney, Melbourne, Brisbane, and Perth.